Case study: Can I get a home loan while on maternity leave?

Trying to get a home loan and being on maternity often creates an unexpected barrier at just the time families are looking to upgrade to a bigger home.  Some lenders are stuck in the dark ages when it comes to maternity leave and income assessment. Many will flat out refuse to include a new mums paid maternity income and will not consider her return to work income even though the date of return may be documented by her employer. Their logic is how do we know that the mother will return to work? Credit policy clearly written by a middle aged man more than 20 years ago!

The good news is there are now a handful of lenders that take a much more progressive view to income assessment while on maternity leave and as the Mortgage Experts we are of course across each lenders policies in this area. In fact, we are doing at least 1 or 2 of these types of loans a month and it has become one of our major niches!

Last month we assisted a family who had recently had their second child. The new mum was to be on unpaid maternity leave for the next 10 months. They were looking to buy a house or townhouse for around $1,300,000 to get more space. They had sold an investment property a few months prior to having the baby and were planning to buy before the baby came along but as they say life happens as you are planning your life!  They had ample deposit funds of $500,000 ready to go sitting in a bank account. The only thing missing was a valid loan approval as their old one was based on them both working full time and updated payslips would of course show that there was a change in circumstances. They were rightly concerned that lenders would not approve a loan for them while on just the one income.

Our first step was to do two calculations for the proposed loan. One on just the one income for the partner working full time (the husband in this case) and a second calculation including the “to be” ongoing joint incomes when both partners would be back at work. On just the one income according to the lenders calculations (including some serious buffers on repayments) the couple would fail servicing by around negative -$4000 / month after allowing for livings costs and other debts. With both incomes servicing would be sufficient to qualify for the loan easily. As we knew she was returning to work in 10 months’ time we needed to show we had a cash buffer of at least $40,000 to cover the 10 months of reduced income. This would be held back from the deposit funds as they had ample deposit available from the sale of the investment property. In reality the loan would interest only during this time and with no buffers on the interest rate the actual shortfall would be more like -$1800 / month.  We provided documentation and notes that showed that after the purchase there would be an excess in savings of the $40,000. We provided a letter from the employer clearly stating the date she would be returning to work, her salary at that time and her tenure. We also supplied the last two pay slips prior to her taking maternity leave for further verification of her normal pay. We also made sure to include the increased cost of child care in the living expense calculations to show this has been factored into long term living expenses and commitments.

$900,000 loan pre-approved in 2 days with no non-standard conditions. The client’s loan process went through smoothly and although they haven’t found the perfect home yet at least they can look with confidence. 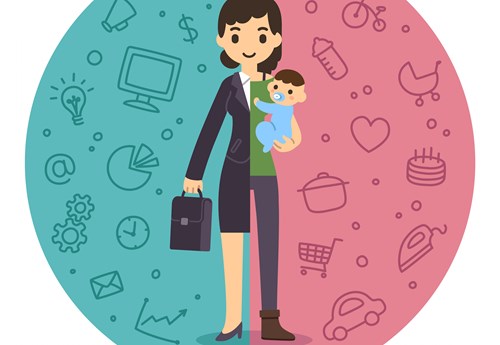 About the Author: Marty McDonald is principal of mortgage broker “Mortgage Experts”. Marty specialises in assisting active property investors with loan structuring advice and implementation as well as helping credit worthy borrowers with slightly outside the box income and employment situations. Find Marty on Facebook and LinkedIn.
< back