What are fixed rate loans?

Is a fixed rate loan right for you?

Essentially only you can answer this. At Mortgage Experts we can talk you through the pros and cons so you can make an informed decision. 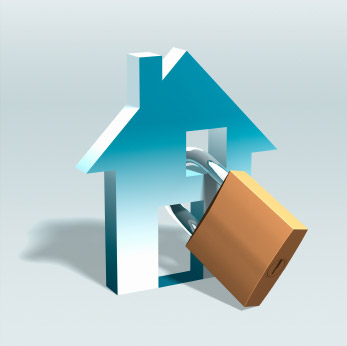 When lending money on a fixed rate loan, lenders will usually borrow the funds themselves from the money market for around the same period of time as the fixed rate periods they offer to customers. Lenders will “buy” the money at wholesale rates and then “sell” it a retail rates. The difference between the two is the margin from which they derive their profit on the loan.

If a borrower then breaks their loan contract early by repaying the loan in full (or by paying more than just a little bit extra off the loan), the lender will have to use that repaid money elsewhere by either lending it to another borrower or by selling it back into the money market.

If market interest rates have gone down in the period between when the loan was advanced and when the loan is repaid early the lender will be forgoing their margin and may even lose money. They don’t like that!! So they will charge their customers an estimate of their lost margin.

On the other hand if general rates go up and the fixed rate loan is repaid early you won’t hear from them as they will be making extra money by being able to relend at a higher rate!

As you can see from the below example break costs can be significant. That is why we never recommend taking a fixed rate loan for more than 5 years.

Example of a break cost calculation:

The easiest way to illustrate a break cost is with an example as per below. However please note this is a simplified example. All lenders calculate the cost differently and their formulas can be very complex!

Jane borrows $400,000 fixed for 5 years with interest only repayments.  At the time of taking out the loan, wholesale rates where 4.5% pa. After 2 years Jane’s situation has changed and she sells the property and repays her loan in full. The wholesale money market rates at the time she pays off her loan are 3% pa.

What is rate lock?

When considering a fixed rate loan it is important to understand rate lock and how it works. Fixed interest rates offered by lenders can change between when you apply and when your loan settles. When you apply for a fixed rate loan without “rate lock” you end up getting the fixed rate on offer the day your loan settles. This means you may or may not be charged a higher rate than you applied for. Most lenders seem to change their fixed rates about every 2 - 3 weeks although if there is a sudden change in the money market lenders can chang them more quickly.

“Rate lock” is the term used to describe the process whereby a lender on request of a borrower holds their current fixed rate for a period of time. Usually a rate lock can be for no longer than 90 days. A borrower will normally have to pay a “rate lock” fee to ensure the rate applied for is held for them.  Typically this will either be a set amount of around $750 per loan or be a percentage of the loan amount borrowed usually say 0.15%.

Every lender has slightly different rules and policies relating to rate lock. At Mortgage Experts firstly we work which lender you would qualify with and from there work out which of those lenders has the best fixed rate for you. We take into account all aspects including interest rate, fees, rate lock policy and lender suitability.

Fixed rate loans with long terms of 7, 10 or even 15 years are available through a select group of lenders. Due to the possibility of extremely large break costs we usually don’t recommend fixing a loan for any more than 5 years. A borrower would have to be almost certain that their situation was not going to change and that they would hold the property for the long term.

In Australia 20 and 30 year fixed rates are not available. The potential break costs make these loans too risky for both lenders and borrowers.

In the USA, 30 year fixed rate loans exist, but there they have no break costs. The trade-off is that in general American borrowers pay a higher margin on their loans.