There are a myriad of loan options available out there for a potential borrower to choice from.  This can seem overwhelming howewever when broken down there are not that many different types of loans available. Below we have identified the most common loan types as a way of trying to demystify the mortgage market. At Mortgage Experts we are experienced with all types of loans, and can identify which option best suits your needs. Please go to our Enquire Online page if you want us to assess this for you. 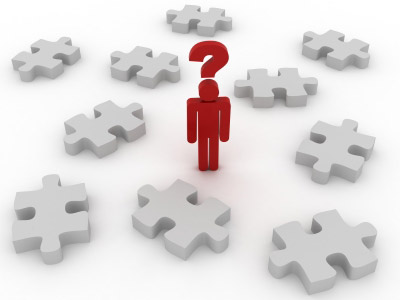 Standard variable loans usually offer features such as a mortgage offset account. Follow the link for more in depth information on offset accounts or check out Marty's blog post on the subject here.

Fixed rate loans are loans where the borrower’s interest rate and repayments are fixed for a set period. This is usually from 1 to 10 years, or sometimes longer.

All fixed rate loans come with a potentially nasty surprise if you exit the loan during the fixed rate period. This is called a “break cost” or “economic cost” and can be many thousands of dollars depending on what happens to market interest rates between when you take out the loan and when you exit the loan.

For this reason we caution borrowers to not take a fixed rate loan if there is any chance you will repay the loan in full before the fixed rate period expires. This is also why 3, 4 and 5 year rates are the most popular.

Line of credit or equity loans are always variable rate loans. Rather than a loan which is repaid over a set term with set repayments, a line of credit has a limit which can be drawn up to at any time. It also has repayments can be made at any time.

Some lenders offer line of credit loans which require no repayment unless the limit has been reached. Other lenders require that you make at least one repayment per month, equal to at least the interest accrued for the previous month.

Most lenders will allow borrowers to have split loans or combination loans. Usually the most cost effective way to do this is under the umbrella of a “professional package”. This will allow you to have multiple standard variable rate loans, fixed rate loans and line of credit loans for one annual package fee.

A common split loan is when a borrower has some of their loan as a variable rate and some as a fixed rate. This allows a borrower to enjoy the flexibility of being able to make extra repayments on the variable loan and gives some security about rates going up on the fixed rate loan.

Lo Doc, low doc, lite doc or low documentation loans (all the same thing), are loans available for borrowers who are normally self-employed and do not have current tax returns or financial reports available. Although called lo doc loans, most major banks require alternative proof of income through BAS statements or bank account records.

Usually only offered by non mainstream lenders. These loans cater to borrowers with credit history problems, a history of late repayments, or for those that can’t for whatever reason meet a first tier lender’s criteria. This is not an area we specialise in.

Want to find out which loan type is right for you? Mortgage Experts..